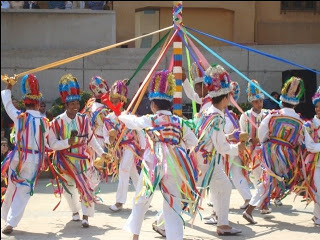 On July 10, during his radio and television program Aló, Presidente, Venezuelan President Hugo Chávez officially launched Misión Cultura. The Mission will kick off with over 28,000 "promoters" who will carry out a series of actions and projects to rescue the identity of their parishes and communities. The purpose of the program is to “rescue our values, those of which have never vanished”

The objective of “activators” is to promote culture in their communities. In order to do this, they must conduct a census of music, theater, dance and art performers, including their beliefs, myths, traditions, medicine and engineering, in other words, to bring to surface all types of anthropological culture which are not visible as a result of Western culture emanating from the US.

Freddy Sánchez, the national coordinator of Misión Cultura, emphasized that the goal of the program is to “rescue our values, those of which have never vanished”. In this sense, Claude Lévi-Strauss, a famous French anthropologist from the 20th Century, once said: "Every country has a culture". Today, one of globalization’s main attacks is to level cultural differences through Western dominance.

On July 10, during his radio and television program Aló, Presidente, Venezuelan President Hugo Chávez said the goal of Misión Cultura is to combat trans-culturization and strengthen national identity, adding that 28,000 "activators" will carry out a series of actions and projects throughout the country to give life to the program.

Activators, who are mainly young people, will take courses at Simón Rodríguez University (UNESR) to obtain a degree in Education and Cultural Development. The Venezuelan government will give them 500,000 bolivares or (US$ 233) a year for training.

Promoters will be in charge of around 250 families and establishing task groups or commissions to discuss and address issues.

The end goal of Misión Cultura is to become the vector of social changes. Participants and task groups, such as those from the neighborhood of Santa Rosalía, Caracas, are responsible for helping change the conscience of citizens.

Manuel Reina, an activator from Santa Rosalía, briefed us on the latest actions: "On Sunday, we conducted a workshop with homeless people entitled “How to educate your Children with Love”. Parents beating up on their children have become our daily bread. Our workshop has changed this practice and united families”.

Manuel and his activators do not have the intention of just doing that: “Trash and public hygiene are also a big concern. This is not only a problem of Mayor Offices, but also the lack of education with respect to protecting the environment. It is our duty to change all this and in order to do it, we must rescue our identity”.