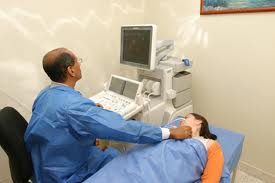 Speaking during his radio and television program ‘Aló, Presidente’, Venezuelan President Hugo Chávez officially launched Barrio Adentro II. The purpose of the healthcare plan is to provide the entire population with free healthcare, with the help of specialized Cuban doctors, new facilities, and state-of-the-art medical equipment. Similarly, the mission rebuilds a public service that is beneficial for the people of Venezuela and puts an end to 40 years of social exclusion in the healthcare realm


Speaking during his radio and television program ‘Aló, Presidente’, Venezuelan President Hugo Chávez officially launched Barrio Adentro II by opening 30 Integral Diagnostic Centers (IDC) and 30 Integral Rehabilitation Rooms (SRI). The Government of Venezuela is planning to build 1200 high-tech medical centers by the end of 2005. The second phase of Barrio Adentro is made up of IDC’s, SRI’s, and popular clinics.

While President Chávez was in Maturín, Monagas State launching the first healthcare center of Barrio Adentro II; the first IDC and SRI of the capital was being opened in Fuerte Tiuna, Caracas.

Fuerte Tiuna looks like a small town inside the capital of Caracas. The biggest garrison in Venezuela is located in the heart of this green space. This neighboring complex of the EL Valle parish is made up of stables, a military academy, quarters, and a hospital, sports areas, an auditorium, historical monuments and the Ministry of the Defense.

It was not easy for civilians to enter into this military facility several years ago. Today, based on civic-military union, Fuerte Tiuna has opened its doors to all the people of Venezuela, who can now come in and use the IDC installed there. After visiting the healthcare center, a patient called Lina stated: “in the past, when I got to a hospital we had to stand in line for a long time…people had to take a number and wait even when it was an emergency. It is a lot easier and quicker…people are now given special attention”.

The “María Eugenia Integral Diagnostic Center” was built inside Fuerte Tiuna and after weeks of hard work it now has, as the rest of the IDC’s along the country, a laboratory, an intensive care unit, a surgery room, an ophthalmology center, a dentist office, an electrocardiogram room, X-Ray and ultrasound.

Regarding the “María Eugenia Integral Rehabilitation Room”, it has the same purpose as the rest of the SRI’s, it was designed and equipped to deal with cases which require specific attention and take longer, such as: traumatism or disabilities, gynecologist, pedicure, among others. Laser, acupuncture, ultrasound, hydrotherapy and osteopathy are also some of the techniques used to diagnose and prevent illnesses. Science and the traditional know-how are blended together to cure patients.


A light at the end of the tunnel

The launch of this social program is a leap forward in Venezuela’s public healthcare system. The reconstruction of this social service has just begun: the Bolivarian government is planning to spend 7% of the Gross Domestic Product (GDP) in healthcare over the next few years. According to the Venezuelan Ministry of Health and Social Development (MSDS), 23,760,000 patients will be treated during 2005.

Through a cooperation agreement reached between Venezuela and Cuba and within the framework of the Bolivarian Alternative for the Americas (ALBA), IDC’s, SRI’s, and popular clinics will provide the people of Venezuela with free and quality healthcare, without regard to political class or color.

Integral Diagnostic Centers and Integral Rehabilitation Rooms have been installed throughout the country so poor communities can make the most of this social plan. The objective of IDC’s and SRI’s is to relieve the congestion of patients in main hospitals and provide patients with better healthcare 24 hours a day, seven days a week.

Barrio Adentro I installed 8500 popular clinics, providing poor communities with preventive medicine. Now, Barrio Adentro II will attend those patients who could not be treated in popular clinics. The social plan is also expected to attend the middle class and all those people who have been referred from other public hospitals may benefit, at no cost, from these high technology healthcare centers.

As Barrio Adentro II coordinator Leonor Franco summarizes: "Venezuelans must make the most of Barrio Adentro II. Previously, only private hospitals had this type of medical equipment, and the little equipment that was still left in the public sector was on its way to being privatized”.